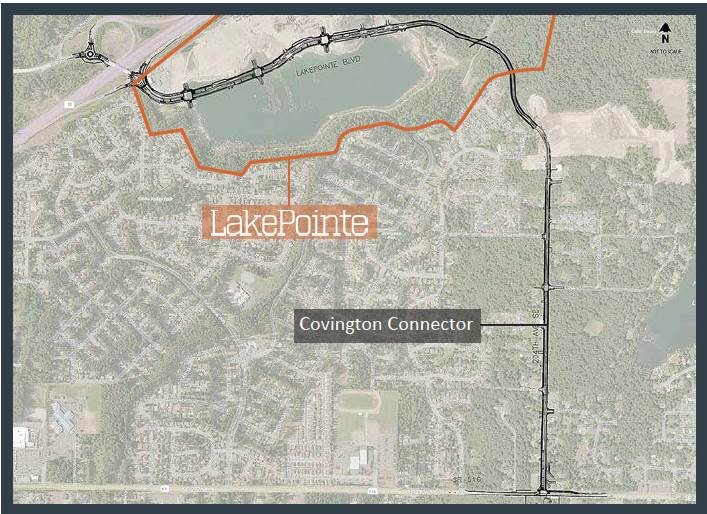 BELLEVUE, Wash. – Oct. 8, 2020 – Oakpointe Communities — a real estate and community development company in the Puget Sound region — today announced the official start of work on its new lifestyle center LakePointe Urban Village as they break ground on the Covington Connector transit route. Planned as a future hotspot for those who want to work, live, play and vacation in Covington, Wash., the LakePointe residential and retail community and mixed-use development center will showcase a vibrant mix of culinary, retail and entertainment experiences, providing a social hub and gathering spot for Covington residents and visitors alike.

“We’re excited to share all that LakePointe will have to offer with the rapidly growing Covington community,” said Brian Ross, CEO of Oakpointe Communities. “We’re thrilled to be creating another future home for Puget Sound residents, with access to outdoor spaces and trails, shopping, restaurants, entertainment venues and more.”

Centered around a 20-acre lake, LakePointe consists of 214 acres of lakefront property and will eventually offer 1,500 new homes and approximately 850,000 square feet of retail, hospitality and office space.

“It’s an honor to partner with Oakpointe Communities and the state of Washington to finally get the Covington Connector moving forward,” said Jeff Wagner, mayor of Covington, Wash. “It’s been a long time coming, but we’ve finally arrived at the beginning of a new chapter with the future of the LakePointe development and Covington ‘Growing Toward Greatness’ together.”

Kicking off the first phase of construction on the Covington Connector, which will comprise approximately 2.6 miles of existing road improvement and new road extensions, is the first step toward breaking ground on LakePointe itself. The start of work on the new transit route will be celebrated by a small group of city representatives and Oakpointe team members on Oct. 13, 2020.

The much-needed new transit route will provide area residents with a more convenient and safe option for easy access to Washington state Route 18 and will be especially beneficial for individuals living near, or directly off of Washington state Route 516. The new roadway is expected to alleviate long commutes for thousands of Covington residents.

Beginning work on the Covington Connector was briefly placed on hold after the passing of Initiative 976 in November 2019 — which reduced car tab fees to only $30 — to ensure funding would be available. But it was given the green light to move forward in March 2020 when the state allocated $24 million to the project. Additional funding is provided via a private-public partnership between Oakpointe, the city of Covington and Washington State Department of Transportation (WSDOT).

Phase one of work on the Covington Connector is expected to take approximately one year and will focus on the 204th Avenue SE portion of the project, with the signalized intersection being completed near the end of 2021. Phase two will include the SE 256th St. roundabouts at state Route 18, and phase three will be dedicated to the LakePointe Boulevard portion of the project. 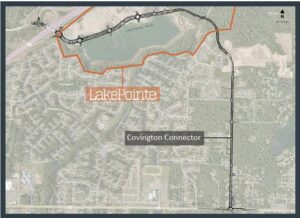 To learn more about the Covington Connector project visit www.covingtonwa.gov/update204th/.